The Totten Ridge Surface Mine contains the Pocahontas no. 3 and no. 4 coal Seams. Pocahontas no. 4 is economical to mine. The Company has both Auger and contour mining on the Pocahontas no. 4 coal Seam. Reserve estimates prepared by Project Solutions, LLC indicate a net clean coal reserve of 796,920 tons with production expected to reach 26,000 tons per month of net coal within 3 months. Production can commence in less than 30 days once tree removal and rock debris has been cleared allowing access to the seam.

The Pocahontas no. 3 coal bed has been surfaced, deep, and auger mined extensively over the entire property. Historically, the mining practices of the time did not remove coal resources from under areas having low overburden and irregular topographical shapes. An on-site exploratory program will be conducted to determine if in-place reserves remain.

Auger Mining A mining method often used by strip-mine operators where the overburden is too thick to be removed economically. Large-diameter, spaced holes are drilled up to 200 ft (61 m) into the coalbed by an auger. Like a bit used for boring holes in wood, this consists of a cutting head with screw-like extensions. As the auger turns, the head breaks the coal and the screw carries it back into the open and dumps it on an elevating conveyor; this, in turn, carries the coal to an overhead bin or loads it directly into a truck. Auger mining is relatively inexpensive, and it is reported to recover 60% to 65% of the coal in the part of the bed where it is used.

Additionally the company is currently one of the few minority owned coal mines in the United States. This designation allows a unique competitive advantage in place coal in procurement opportunities to steel Producers and other customers in the U.S. This also creates a demand for coal resale production trade partnerships agreements due to our ability increase profit margin thru tax incentives which can only be obtained through the Minority Owned Business designation.

The certification provides a specific advantage to increasing our sales footprint quickly in the U.S. markets, because U.S. based steel mills have diversity procurement goals that historically have not been satisfied. The company is currently the only coal producer to have the distinction of this certification which provides additional benefits and tax incentives. 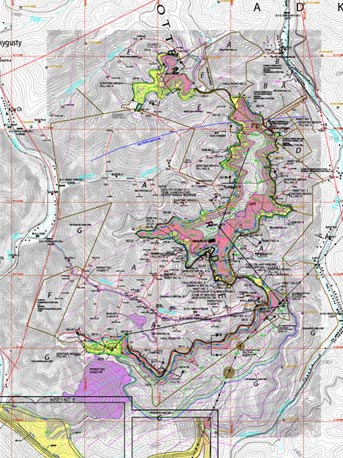